There’s no cable at VHHQ, but I can’t complain. I’ve got Create TV on Milwaukee Public Television‘s Channel 36.3.
If you’re not familiar with Create, it’s a public television channel featuring only cooking, crafting, travel, and home-improvement shows. Could this be any more perfect for me? I watch more Create TV than I do anything else, hands down.
I watch so much Create, in fact, that I’ve developed strong opinions about many shows and hosts. Read on! 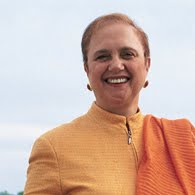 Lidia Bastianich
Host I’d most like to hang out with: Lidia Bastianich: “Lidia’s Italy.” Lidia frequently cooks with her family, from her grandkids to her own grandmother. Her food doesn’t seem overworked, and she’s not a perfectionist. She’s passionate about origins of food and food culture, and many episodes of “Lidia’s Italy” have a travelogue element that takes viewers to different regions of Italy. This is just me, but I get the feeling that she tells a good dirty joke and curses a lot. 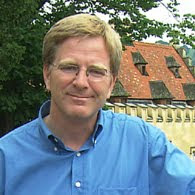 Rick Steves
Host whose job I most covet: Rick Steves: “Rick Steves’ Europe.”
Rick is a travel writer for excursions in Europe. This job description combines two of my favorite verbs — travel and write — plus a diverse destination, Europe. He tags along with locals and emphasizes getting off the beaten path. Steves believes that travel can change perceptions — yours and the locals with whom you interact (as explained in his book, “Travel as a Political Act”). 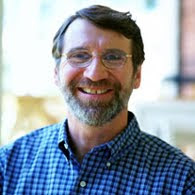 Norm Abram
Host I’d most like to hire: Norm Abram: “New Yankee Workshop,” “This Old House,” “Ask This Old House.” Why hire Norm? He’s an incredible craftsman, no nonsense, and could build me a piece of custom heirloom furniture. He also has a wicked massive Boston accent, which is entertaining. I especially enjoy watching the aforementioned Norm programs with MVH and asking him a thousand questions about the labor. He worked in the family home-building business for years and is a very handy fellow. (Lucky me, I know!) 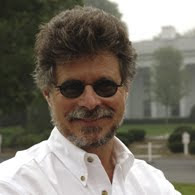 Steven Raichlen
Host whose table I’d most like to belly up to: Steven Raichlen: “Barbecue University,” “Primal Grill.”
I have strong positive associations with grilling out — summertime, easy, lazy days and long nights, breaking bread with friends, and spending time outdoors. Raichlen’s cooking is diverse. In different shows I’ve seen him make naan in an Indian tandoor oven and traditional barbecue favorites — brats, ribs, beer-can chicken, etc. He uses a lot of different implements, including smokers, mops, and wood chips. His techniques are simplified and demystified. Perhaps most interesting, though, is that his background is in medieval cooking, and he has traveled the world studying food traditions. I bet he has tons of cool stories. Also: He has soft, puffy hair. 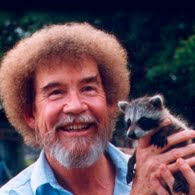 Bob Ross and friend
Show I cannot turn off: “The Best of the Joy of Painting” with Bob Ross.
Speaking of soft, puffy hair… Is there anything more relaxing than watching Bob Ross paint? Pardon my language, but HELL NO. He works so fast! I love it when he peels the contact paper to reveal a serene landscape hugged by a perfect oval. And do I even need to mention his infectious admiration of “happy trees”? It is fascinating to watch him develop a painting. Early in the process, he’ll take steps that seem like mistakes — colors, brush strokes — BUT THEY NEVER ARE! If you don’t smile when he says, “Happy painting, and God bless,” then your plastic heart cannot feel love. 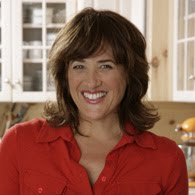 Katie Brown
Show I cannot watch: “Katie Brown Workshop” with Katie Brown.
I have no problem with working smarter, not harder, but many recipes and projects from “KBW” rely too much for my taste on prepackaged food and shoddy DIY techniques, respectively. The best example I can give of this is an episode devoted to kids and fruit. The three recipes presented in the show, presumably devised to get children to eat more healthful fruit, were sugary desserts. One of the recipes called for baking [box-mix] cupcakes in orange peels and topping them with [store-bought] frosting. Yes, I baked cupcakes in orange peels, too, but I wasn’t trying to pass them off as fruit snacks. 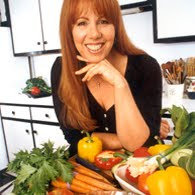 Christina Pirello
Weird show that I don’t think is on my local Create station anymore: “Christina Cooks” with Christina Pirello.
This used to be on around dinnertime, but I don’t think my local MPTV channel is broadcasting it anymore. Christina’s focus is whole foods that fight disease and improve health — lots of veggies and whole grains, no dairy, white flour, or meat. Sounds a little hippy-dippy, sure, but the most memorable element of her show is the resident guitar player in the kitchen. As Christina wraps up a dish, the singer, Jon Michaels, plays her a song and they try to tie it to the meal du jour. Awkward and entertaining.

Do you watch Create TV? What’s your favorite show? Any Katie Brown defenders out there? Please share!