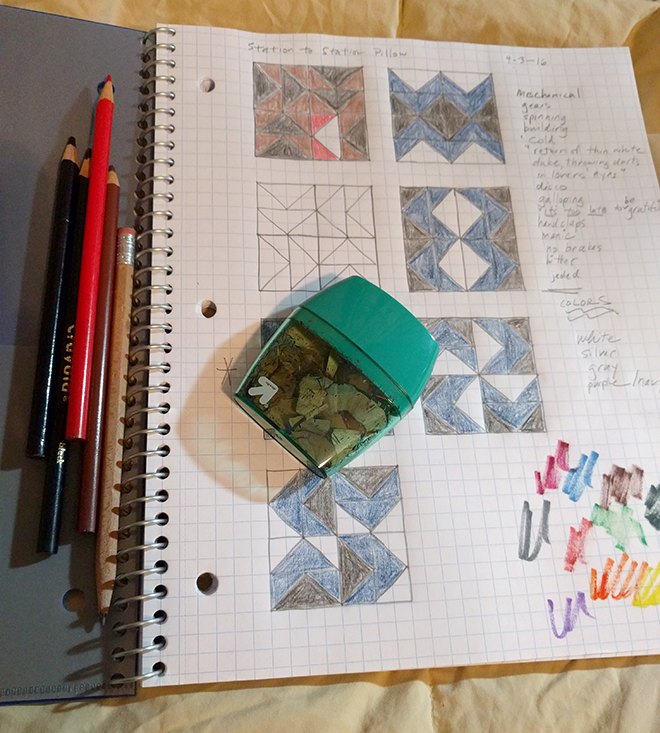 I mentioned in this post that I got a graph paper notebook. This is what I’ve been working on: a David Bowie-inspired flying geese quilt pillow.

My love of Bowie is well documented on this blog. In 2013, hubs MVH and I traveled to London, in large part to see the “David Bowie Is” exhibit at the Victoria & Albert Museum. It was worth the trans-Atlantic flight.

Bowie’s death in January was a melancholy way to kick off 2016. He constantly challenged himself artistically and sought interesting people to work with. He was innovative and always true to himself, despite so many transformations.

I wasn’t planning a Bowie-specific project. I was having fun with flying geese, and an idea swept over me: flying geese plus “Station to Station.” And then I had to roll with it, because when you get an idea like that, whose edges are so clear, there’s not much else for you to do.

Before we can continue, I need you to do something: Click here to play “Station to Station” via YouTube. It’s like a 10-minute jam, so you can turn it on and click back to Sie macht. OK? Thanks.

The song “Station to Station” kicks off the album of the same name. It’s three songs in one, but it’s an extremely sneaky three songs in one. It starts off with a mechanical-sounding instrumental thing, builds on that theme with vocals, and transitions into a dancey section that shouldn’t work at all with the rest of the song — except it totally does, because it happens utterly organically. Yes, it’s a 10-minute track. But it feels like a five-minute track at the longest.

It’s masterfully moody and coolly passionate. The album is solid, too, and also features “Golden Years” and “TVC15,” which are better known. Definitely worth checking out.

I’ve been thinking about why this song, though, jumped out as sewing inspiration, and I think it’s because it represents Bowie’s MO. “Station to Station” offers three distinct sections in one piece of art, yet they all work together. The lesson I walk away with is that I shouldn’t fear pivoting within a creative venture. Who knows what excitement it could create? I liked the pinwheel effect here. It reflects the whirling feeling of the song. 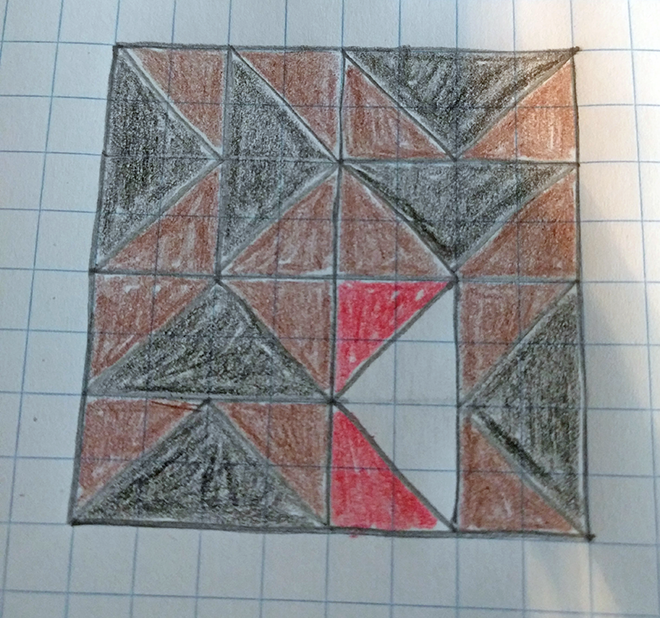 I tried to capture some of the tension with the red and white combo. I plan to put the pillow on the brown futon in my office, so I thought I’d try some brown. 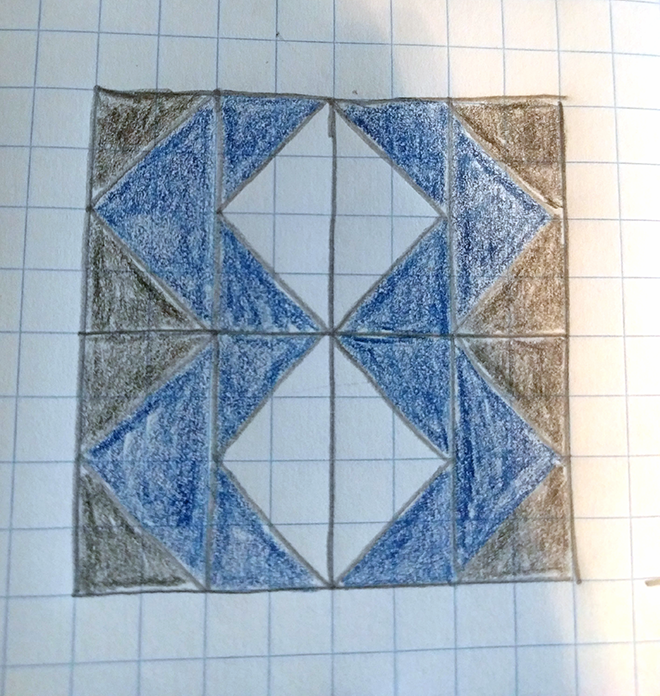 This was closer. The more I sketched, the more I got into the blue-white-black combo. When I make the pillow, I see the blue being a navy. 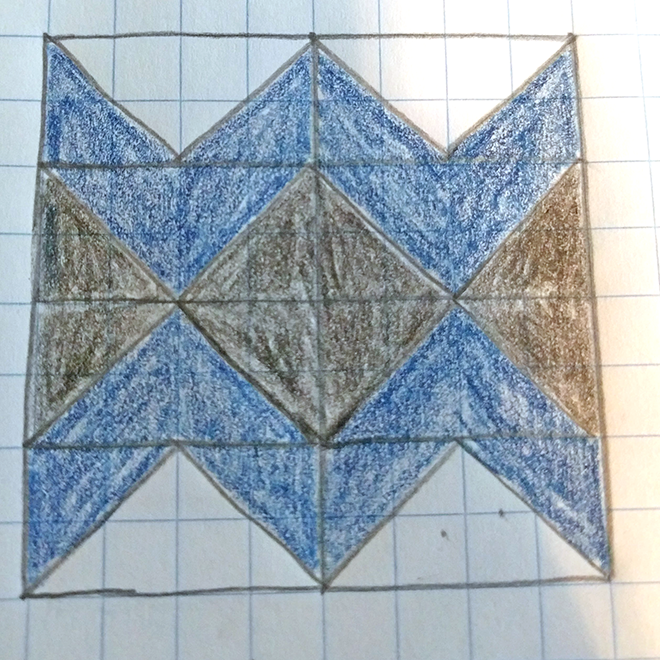 This is where I landed. I arranged the flying geese to create sound waves (see the zigzag?), and I see the waves moving laterally and from the inside out — from darkest part of the song (black) to the lightest part (white).

I doubt I’ll use solid colors, but instead opt for subtle patterns. Maybe stars, for the Starman himself? The fabrics will be like obscenity: I’ll know them when I see them.

Over to you: How would you use David Bowie as a sewing or quilting muse? I see this famous outfit inspiring a modern wedding rings quilt (is that crazy)? And, of course, there’s always the iconic “Aladdin Sane” lightning bolt — maybe for a bear paw quilt project?

5 Comments on A Bowie pillow