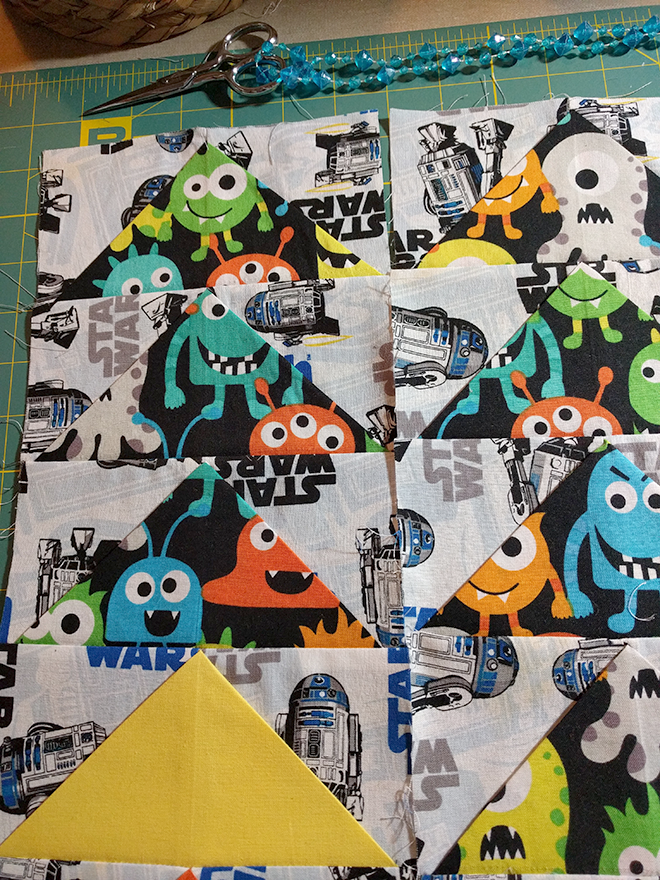 Hi there. Long time, no see. You look good. Did you change you hair?

Anyhoo. It’s nice to see you.

I’m making a pillow for my son, P, who now is 4. He loves “Star Wars.” despite never having seen any of the movies. That explains the fabric in the photos.

This pillow has a backstory. (Not many pillows have backstories, I reckon.)

The fabric is quilting cotton from Jo-Ann that I bought in summer or fall 2014. I meant to make P a smock like the one I made for my friend’s daughter.

I’m a pretty selfish sewist, so this project kept falling down my sewing queue.

I recently pulled out the pattern pieces for the smock, eyeballed my son, and thought, “Hrm. I don’t know if this is going to work.”

What to do with “Star Wars” and space monster fabric? Sew a flying geese quilt pillow, of course.

What is a flying geese quilt?

First, let’s talk about flying geese. The flying geese quilt pattern is triangles. The triangles are twice as wide as they are tall. They’re supposed to look like birds in flight.

Flying geese is a traditional quilt pattern. Flying geese quilt blocks were part of the Underground Railroad quilt code (although I don’t know if the pattern existed before the 19th century). The geese helped point runaway slaves to freedom.

Here’s an example of a gorgeous flying geese quilt:

I’ve wanted to get into quilting for a while. When I was pregnant with my second son (yeah, I had another kid — he just turned 1), I had this vision of sewing quilts instead of garments. I did manage to kick out a baby quilt before his birth, but I’ve done no other quilting since.

So, when I realized that the smock was a no-go, I turned to my quilting book for a suitable project. 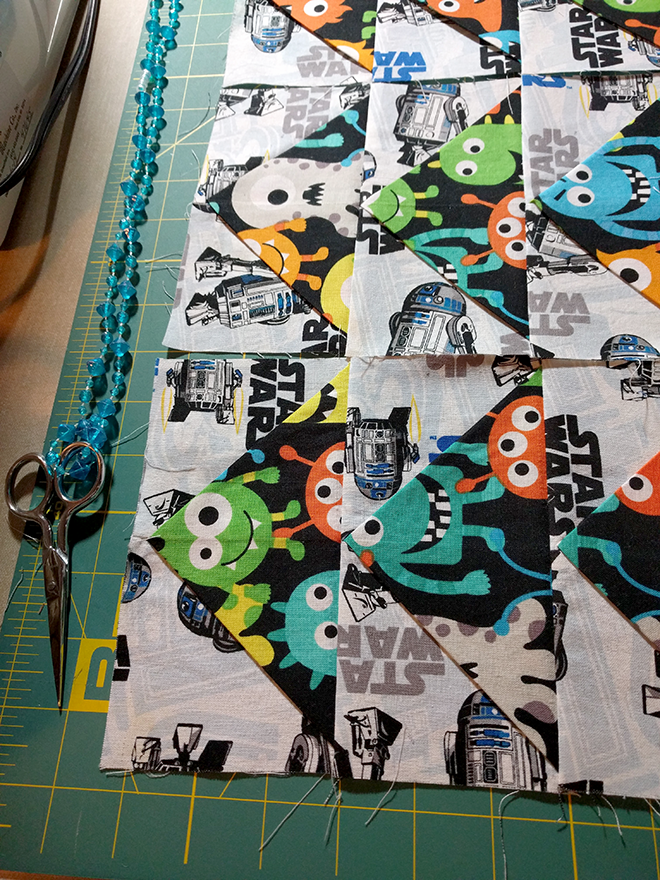