Recommended Reading highlights articles and sites that I think are worth checking out. 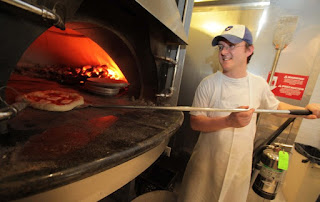 Some of the toys are high-tech — for instance, a Pacojet, which is used to create small batches of cold confections without thawing ingredients. Other equipment — such as a coal-fired pizza oven — is charmingly old fashioned but as good as ever. 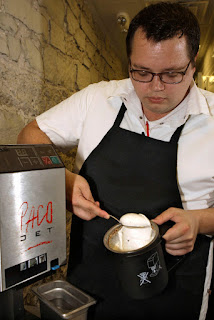 Kurt Fogle, chef with the SURG Restaurant Group, shows off the $4,000 Pacojet. Photo by Rick Wood via Milwaukee Journal Sentinel.

Of all the gear mentioned, I’m most interested in a tandoor (a traditional oven used in Indian cuisine). If I had a tandoor, I would eat naan with every meal. I also would be very chubby.

What professional kitchen gear do you moon over? Do you secretly want an industrial food mixer to keep your Kitchen Aid stand mixer company? You know I do.